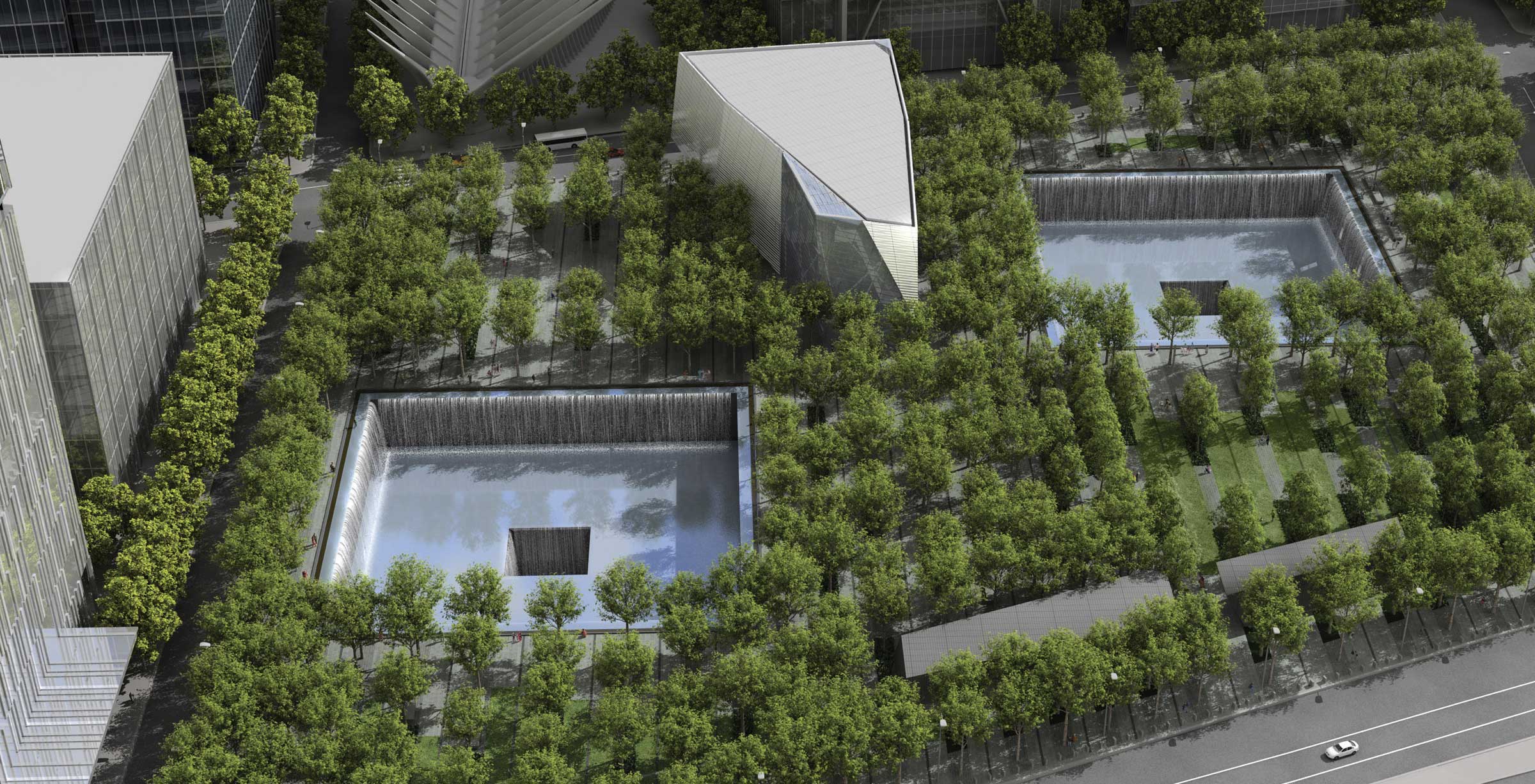 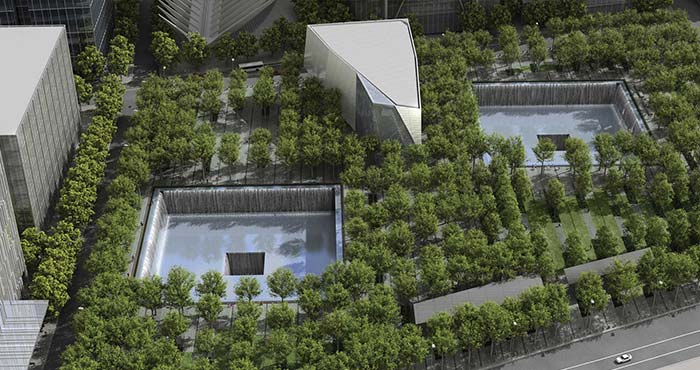 Peter Walker, FASLA, has become a legend in his own time. One of the leading landscape architects in the Modernist movement, Walker was chosen to help design and build the National 9/11 Memorial in New York City, and his list of accolades continues to expand. All in all, he has received over 70 design awards in the regional, national, and international spheres. In 2007, Walker was recognized with the coveted Cooper Hewitt National Design Award. In 2005, he was the inaugural winner of the Sir Geoffrey Jellicoe Award from the International Federation of Landscape Architects, the highest honor given to a landscape architect. He has also received the Honor Award of the American Institute of Architects, Harvard's Centennial Medal, the University of Virginia's Thomas Jefferson Medal in Architecture, and the American Society of Landscape Architects Medal, among other honors, for his moving, strikingly simple approach to landscape design.

His firm, Peter Walker and Partners (PWP) Landscape Architecture, currently has seven principals and 35 employees and handles a few projects a year, "specializing," as Walker said, "in bringing them to a very high level of completion." The firm focuses primarily on institutional work, including universities, cities, and cultural centers; landmark projects like Newport Beach Hall and Park, and the United States Embassy in Beijing; larger urban parks and plazas; and corporate campuses for such firms as Pixar, Weyerhaeuser, Novartis, and VMware®. The firm is widely considered one of the busiest and most successful landscape architectural practices in the world. 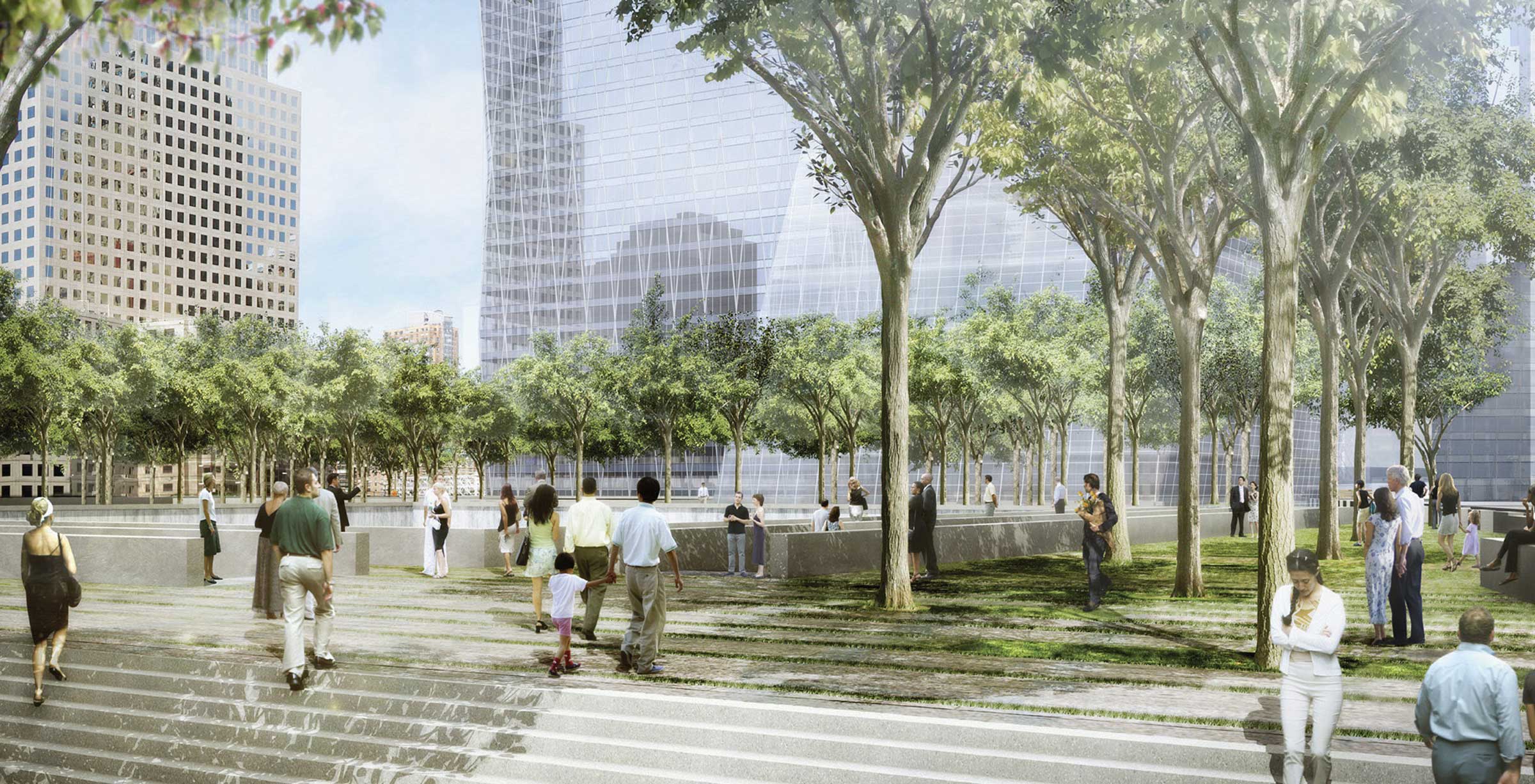 The National 9/11 Memorial: Shelter for the Voids

Exactly one decade after the single largest terror attack on United States soil took the lives of almost 3,000 people, the National 9/11 Memorial in New York City opened in their honor on September 11, 2011. Several years earlier, Walker had been brought in by the jury overseeing the competition to work with architect Michael Arad to help Arad realize his vision for the Memorial — two large fountain-lined voids marking the footprints of the fallen Twin Towers and carrying the names of those lost in the 9/11 attacks and in the 1993 bombing attack on the World Trade Center.

Each component in the Memorial was selected for functionality as well as art. The original plan called for stone throughout the seven acres. Walker reduced the stone by about half and instead sculpted the ground with grass and trees to soften the space. More than 400 swamp white oak trees were hand-picked and then tended in New Jersey for five years before being transplanted into the Memorial. A planting's corridor with 1.8-meter depth filled with soil and traversed by irrigation pipes lies between the walk and the ceiling of the buildings below.

We always use Vectorworks on preliminaries. That's typically the way we work — everyone here has to do that. It's much more flexible, it's much more refined than AutoCAD 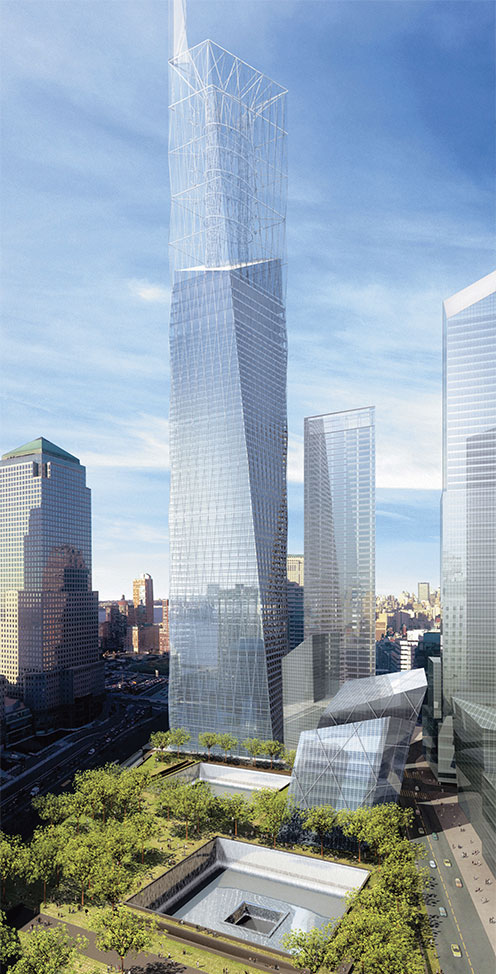 A callery pear tree that survived the attacks and is now named "The Survivor Tree" is also part of the design. Walker carefully selected furniture, lighting, and other objects to keep the ground plane unimpeded. "When you're around the voids it seems like a plaza, but when you look out it seems more like a park," explains Walker. He had to design the ground to be perfectly flat so the nine-meter deep voids could work visually. "The trick was to keep it flat so the voids were cut into it in a recognizable way," he said.

In addition to its simple beauty, the design is sustainable. Containers capture every drop of water that falls on the Memorial, and pipes carry the water down into two 568,000-liter tanks under the Memorial. The collection is completed in the early part of the year to capitalize on heavier rains and then used in the late summer and early fall when there is less precipitation. This eliminates the need to rely on city water and prevents the ground from dumping water into the city's supply. "It's the largest sustainable project in New York," said Walker. "And maybe in the U.S. — I'm not aware of one of this magnitude." 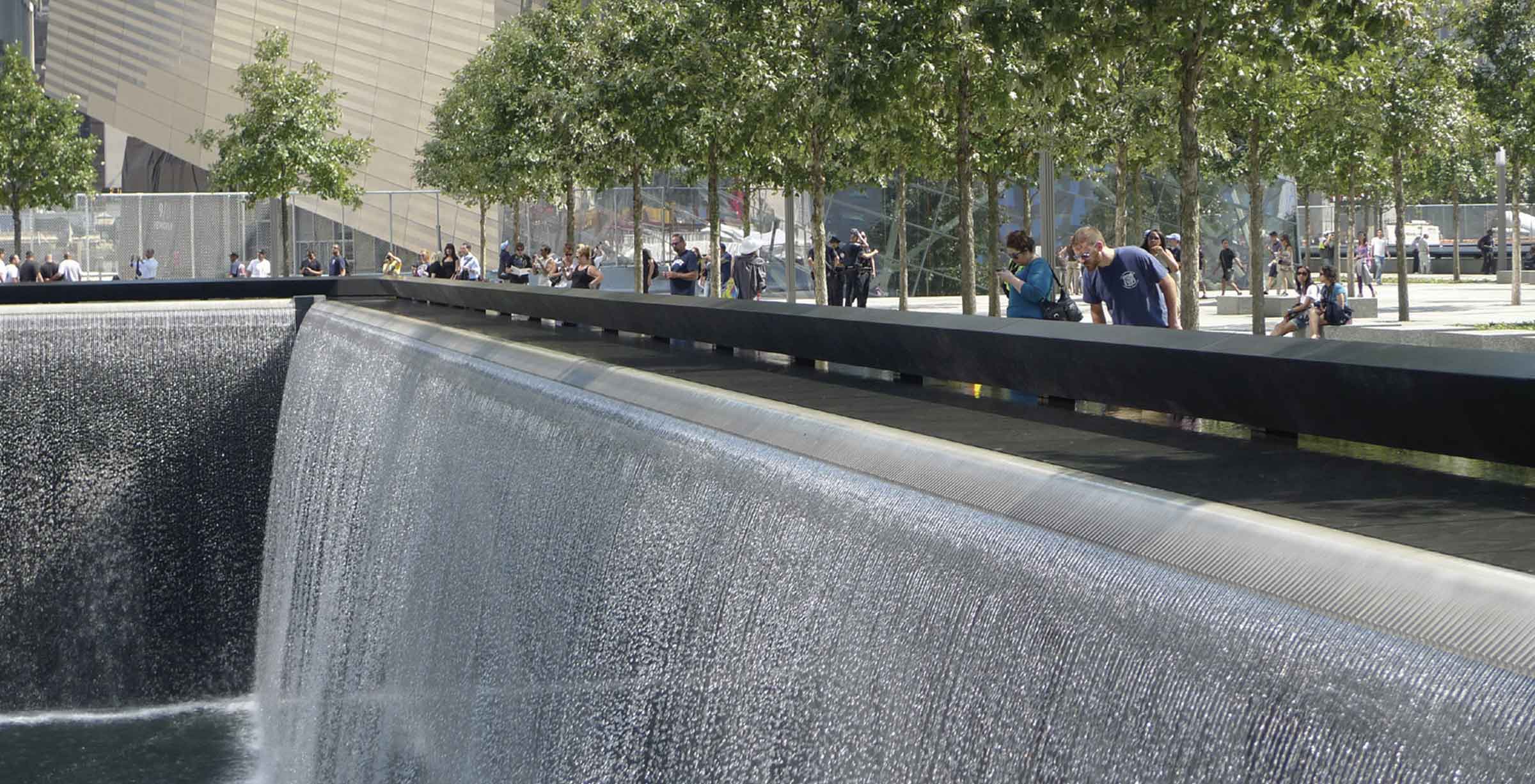 Walker and his firm used Vectorworks® Landmark software to create and model the National 9/11 Memorial, as they do with all of their designs. "We always use Vectorworks on preliminaries,” said Walker. “That's typically the way we work — everyone here has to do that. It's much more flexible, it's much more refined than AutoCAD.”

Walker commends the three-dimensionality and finds the ability to quickly maneuver a design in 3D to be tremendously helpful. He appreciates the fact that you can blow up a detail to its actual size in order to see it better. "That's a real plus as far as I'm concerned," he said. He compares computer modeling to the days when everything was drawn by hand: "It isn't just the savings of time — it's a completely different world.”

By shaping a strong tradition of Modernist landscape design in the U.S. and throughout the world, Walker has helped to create a vocabulary that continues to drive design. Through the National 9/11 Memorial and many other notable projects, he has fashioned spaces that commemorate some of the most important moments in history — living monuments that will continue to thrive for years to come.