Bringing Style to the World of Environmental Sustainability 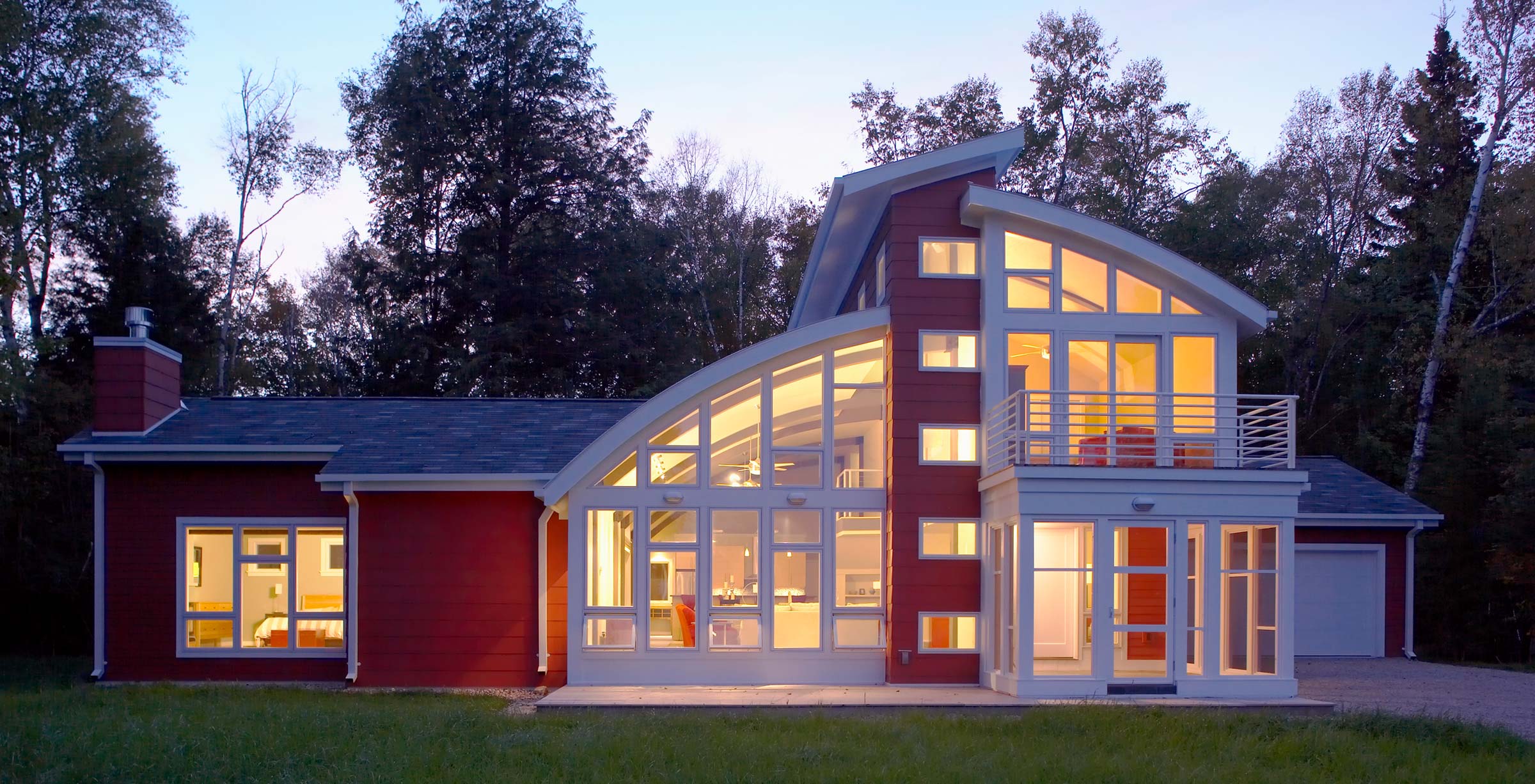 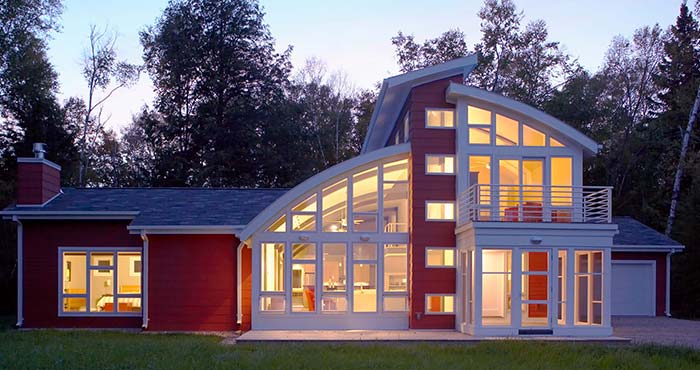 Since he began his career as an architect in the 1980s, Nathan Kipnis has made green design his life’s work, founding Kipnis Architecture + Planning (KAP) in 1993. He subsequently gained recognition as a winner of the Green Homes for Chicago International Design competition, and the firm has been busy ever since.

His passion to make a difference in the world pushed Kipnis to pursue a bachelor’s degree in environmental design at the University of Colorado Boulder, and a master’s degree in architecture with an energy-conscious design emphasis at Arizona State University, Tempe. Today, the five-person team at KAP draws from Kipnis’ environmental ethics and schooling to create buildings that are technically efficient, as well as aesthetically pleasing. 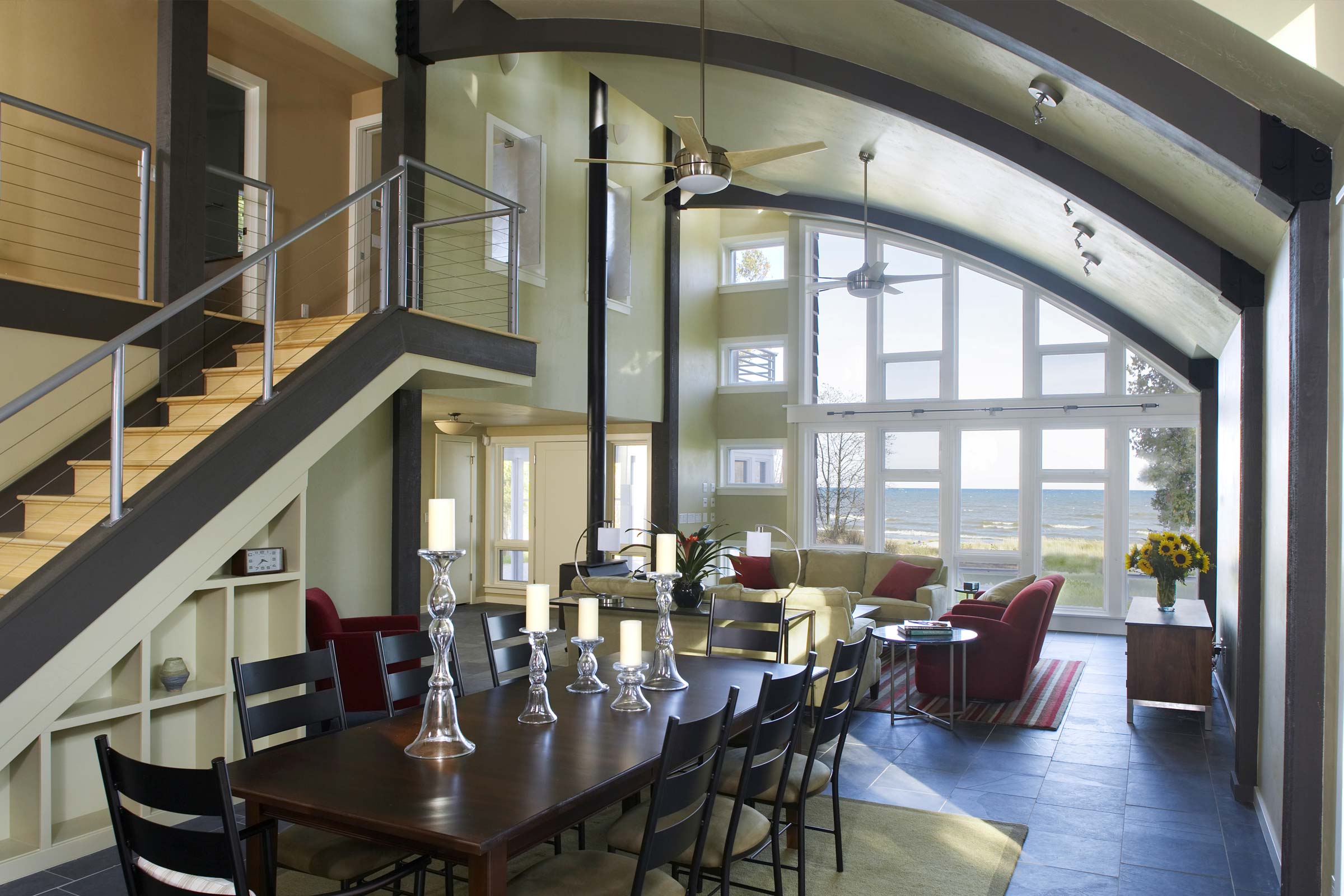 KAP focuses over half of its efforts on the residential world, whether the team is designing a new house or making an older one more sustainable. The modern, green vacation home in Sturgeon Bay, Wisconsin is a perfect example of their typical work. The clients, a couple from Chicago, requested a log cabin design for their property on Lake Michigan. Kipnis looked to a barn for inspiration, fusing a modern mindset into a classic structure.

The building he designed for his clients is an exploded, 21st century version of a classic barn. The house is completely open to the lake view only 300 feet away, and sustainable features make it anything but old-fashioned. “With the cool air coming off the lake, I wanted to take advantage of natural ventilation,” Kipnis explains. “The form of a barn works well for that because the curved roof encourages airflow. We attached remotes to the top windows, and so when you open the bottom windows, too, you get this great, free-flowing air movement.” 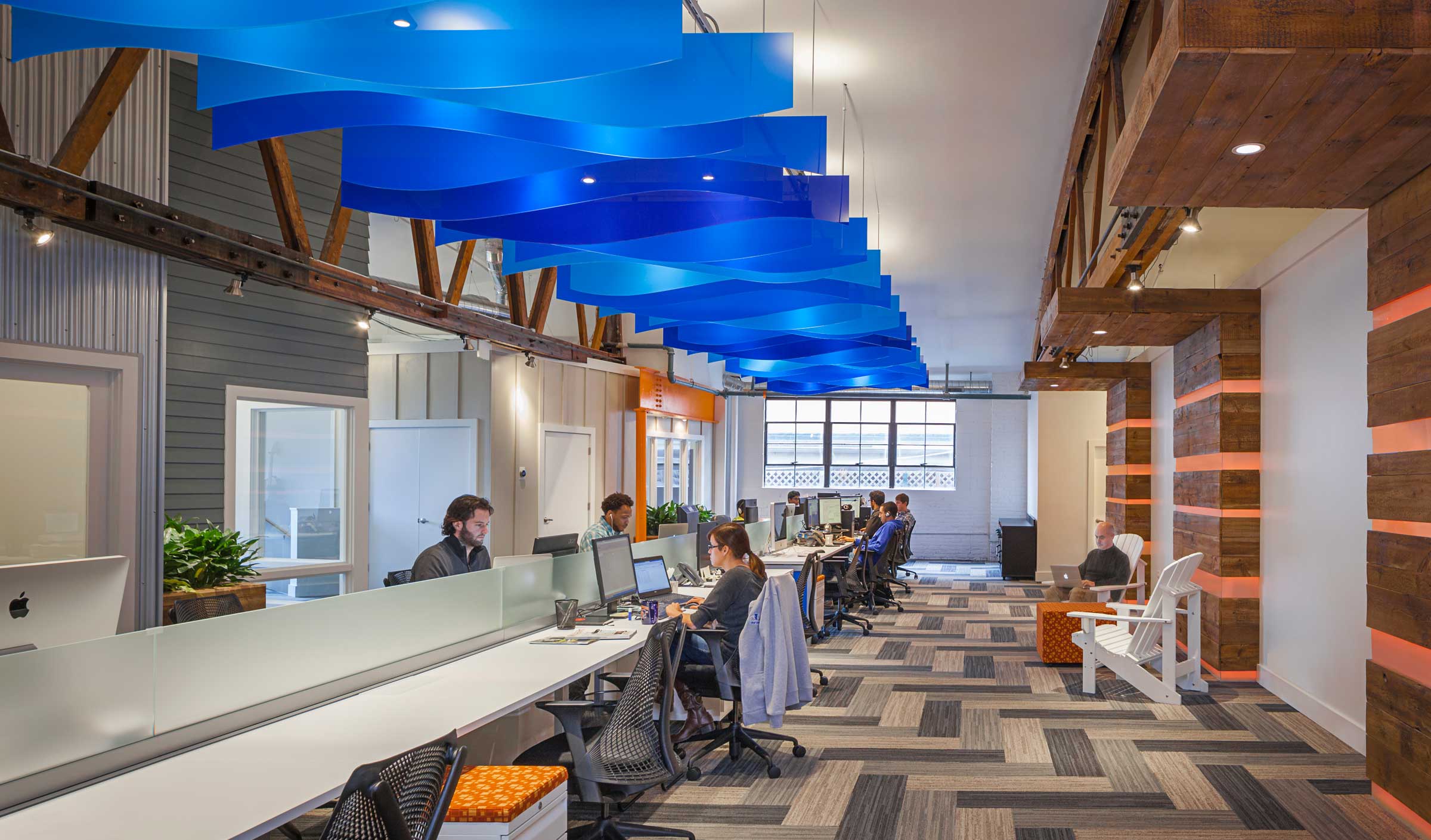 KAP brings its creative design approach to more than just living spaces. For example, the Evanston, Illinois-based firm CraftJack started running out of office space, so it sought out KAP to create a bigger, better environment for its expanding business. “Its contemporary design that had a lot of character and a feel that we liked,” said Noah Mishkin, principal of CraftJack. “Images from other projects really sold us on KAP’s capabilities.”

Mishkin, a former practicing architect, knew CraftJack chose the right firm when Kipnis and his team presented their initial designs modeled in Vectorworks® software. “I grew up using Vectorworks in school and professionally, so I knew how KAP was designing, how they were going to present their ideas, and how simple collaborating with them was going to be,” said Mishkin.

The design for the CraftJack office encapsulates the architecture-centered nature of the business, as well as its startup origins. “We wanted to create an environment people wanted to be in rather than rush to exit at the end of workday,” Mishkin explains. “So, we worked with KAP to create a setting that exuded creativity, as well as a sense of happiness and enjoyment.” Ping-pong and foosball tables, as well as dartboards placed within the space, foster this sense of fun.

I grew up using Vectorworks in school and professionally, so I knew how KAP was designing, how they were going to present their ideas, and how simple collaborating with them was going to be

KAP uses Vectorworks for all of its design work, often utilizing the software’s modeling capabilities to show, rather than tell, clients what their finished project will look like. “We model in 3D because it allows us to show clients a simple but understandable 3D space,” Kipnis said. “This approach helps us get a client’s initial approval for a design, and then we can really go into detail to show people exactly what they’re getting.”

On the CraftJack project, for example, designers utilized a content library of textures to give their 3D Vectorworks model a realistic look. Today, one can barely discern the difference between the rendering and the finished work. “The rendering was spot on, right down to the orientation of the carpet and the lighting,” Mishkin said.

This attention to detail, both in the design and the sustainable elements, has allowed Kipnis to be a visionary in the field of green architecture. “The future of green architecture is interesting because even though people once thought of it as a voluntary thing, it’s become quite real,” he said. “Just look at the news to see how things are moving.”

Kipnis looks forward to leading this growing movement toward sustainable design by example. Issuing a call to his fellow architects, Kipnis said, “This is the future, and it’s not optional anymore. Game on.”